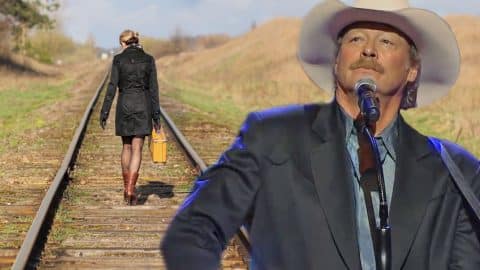 “Dallas” was released in 1991 on Alan Jackson’s Don’t Rock The Jukebox album. Written by Jackson and Keith Stegall, it reached #1 on both the US Hot Country Songs (Billboard) chart and the Canada Country Tracks (RPM) chart.

According to Jackson’s The Greatest Hits Collection that was released in 1995, the inspiration for this song came when he played at Billy Bob’s in Dallas, Texas. He based the song after a comment he said after his show: he said he “wished Dallas was in Tennessee”. The song tells the story of a man that loves a woman named Dallas who left him and moved to Dallas, Texas. Therein lies the dilemma and why he wishes Dallas, both the woman and the city, were in Tennessee.

Jackson’s performance is magnificent as always. He never fails to entertain and wow his audience. Check it out!