By Manly Bryant on March 9, 2015
Advertisement 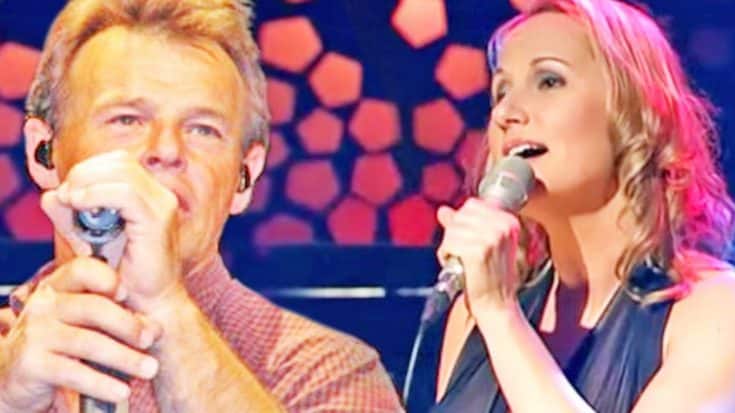 A part of his tribute album to George Jones, country singer Sammy Kershaw invited Georgette Jones to join him for a mesmerizing duet of “Near You.” The duet was not originally supposed to be included in the album but was added last minute when Kershaw realized the track list was missing a George and Tammy Wynette duet.

“I was trying to figure out who to ask, but all of a sudden, Georgette came to mind. Who better to sing Tammy’s part than her and George’s daughter?” the singer recalled.

Georgette happily obliged his request and the pair cut the song in an hour and a half. When originally invited to be a part of the album honoring her father, Georgette assumed he wanted to record “Golden Ring” but was elated to find out they were to perform a song that meant so much to her father.

“She thought I was going to say ‘Golden Ring,’ because everybody assumes that because it’s a classic,” said Kershaw. “I told her I wanted to do ‘Near You.’ That made her happy. We cut that in about a hour and a half.”

“Near You” was recorded in late 1976 by a recently divorced Jones and Wynette. While the couple only charted one No.1 hit together during their six year marriage, the pair quickly charted two No.1’s post-divorce.

You can listen to their duet in the video below and be sure to let us know what you think in the comments!