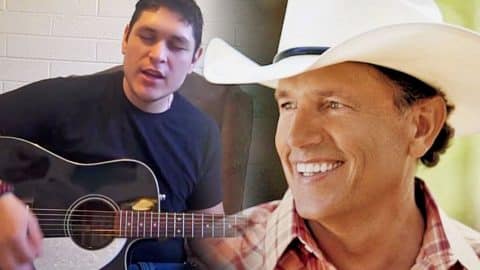 There are thousands of people on YouTube that perform and post themselves covering songs everyday. Jeremy Acosta is just one of them, but he has some definite talent that needs to be heard! Especially when you’re brave enough to cover the King Of Country and do it well enough to earn a few thousands views.

Acosta, a musician, entertainer, and vlogger showcased his talents by performing Strait’s hit song, “Ocean Front Property”. This famous tune was released in 1986 on Strait’s album of the same name. It peaked at #1 on the U.S. Billboard Hot Country Singles & Tracks chart and the Canadian RPM Country Tracks chart.

Though no one, obviously, could ever sing this great song like the living legend that is George Strait, but it’s apparent that Acosta’s rendition is exceptional, especially with his fantastic gritty voice. Check it out!