Tim McGraw’s Heartfelt Song To His Daughters, ‘My Little Girl’ 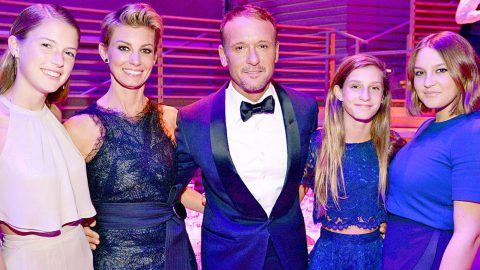 We didn’t think Tim McGraw could get any more amazing, but after hearing this song, we were wrong.

Tim’s heartfelt song to his daughters, “My Little Girl“, is probably the cutest thing we’ve ever heard. Released in 2006 from the album, Tim McGraw Reflected: Greatest Hits Vol. 2, “My Little Girl” was a huge hit for Tim, reaching #3 on the Billboard Hot Country Songs chart. The song was also nominated for Best Song in 2006 by the Broadcast Film Critics Association. Great job, Tim!

“My Little Girl” was definitely close to the heart for Tim, as it was the first song he co-wrote. But we’re pretty sure this one was easy for him, since he has three beautiful girls that him sure he regularly tells,

You’re beautiful baby from the outside in. Chase your dreams but always know the road that’ll lead you home again. Go on, take on this whole world. But to me you know you’ll always be, my little girl.

Wow! We can’t get enough of this song… or Tim!

Check out the video to hear this beautiful song, and you’ll be glad you did!