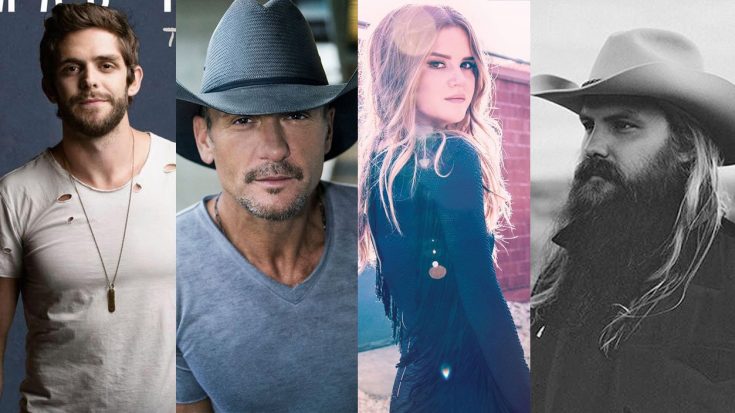 One of the most coveted awards of the night is the first one to be announced. The award for Single of the Year was presented by the USA Women’s Gymnastics Team, also known as the Final Five.

Together, they read the nominees who were as follows.

The coveted trophy was given to Thomas Rhett for his romantic ballad “Die A Happy Man”, who looked completely shocked by his win. The first thing he did was kiss his wife, because she was his inspiration for the song.

.@ThomasRhett and @laur_akins shared THE sweetest moment in celebration of Thomas’ #CMAawards50 win for Single of the Year! ❤️ pic.twitter.com/lU5gh4Tow5

Last year’s award for this category went to Little Big Town for their smash-hit “Girl Crush” and “Automatic” by Miranda Lambert the year before.

The #CMAawards50 SINGLE OF THE YEAR winner is… “Die a Happy Man” by @ThomasRhett pic.twitter.com/Z9LoVZlg6i

Congratulations, Thomas!! You deserve it! Enjoy the “Die A Happy Man” music video, featuring his wife, Lauren, below.