2017 CMA Award For Male Vocalist Of The Year Announced 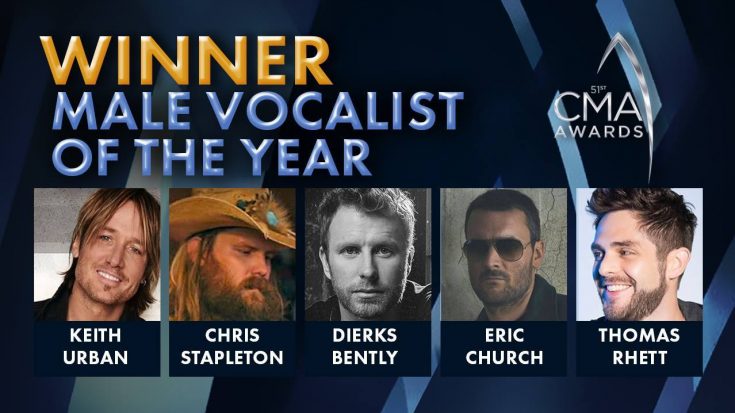 The 51st annual CMA Awards are winding down, which means some of the biggest awards are about to be announced, including Male Vocalist of the Year.

2017 was filled with incredible country albums, tours, and special performances, which is why giving out each award

The 2017 Male Vocalist of the Year nominees are as follows.

Fans went wild when it was announced that Chris Stapleton was taking home the award for the third year in a row!

This award show marks two years since the world really discovered Chris Stapleton thanks to his EPIC duet with Justin Timberlake and him sweeping all of the awards over the course of the next two years.

His talent is unmatched, and his follow-up album to the mega-successful Traveller, From A Room: Vol. 1, sky-rocketed to the number one spot on the country albums chart. There’s no surprise as to why Stapleton is taking home this award for the third time in a row.