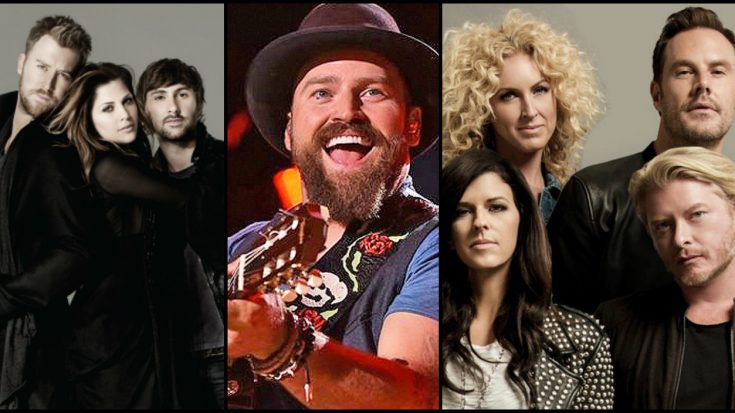 The 60th annual Grammy awards are underway in New York City and many of the show’s awards were presented prior to the live show Sunday night (January 28).

All but one of the country category awards was presented during a pre-show ceremony with Chris Stapleton, the most nominated country artist this year, winning two awards. Stapleton took home coveted golden gramophones for Best Country Solo Performance (“Either Way”) and Best Country Song (“Broken Halos”). Stapleton will find out during the live broadcast if he will also win the trophy for Best Country Album.

The Best Country Duo/Group Performance award was also given out during the Grammy pre-show. The nominees were:

“It Ain’t My Fault” – Brothers Osborne

And the Grammy award went to……Little Big Town for their performance of the Taylor Swift penned single “Better Man.”

The win is the third in the same category for the group, making them the only group to have ever won the category three times. LBT will also be going against Stapleton, Lady Antebellum, Kenny Chesney and Thomas Rhett for the Best Country Album award. The quartet is slated to perform during the live Grammy broadcast Sunday night.