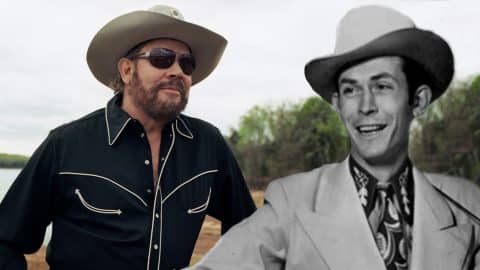 Sometimes it’s hard to tell the difference between the singing voice of Hank Williams and his son Hank Williams, Jr.  They are both so amazing! Hank Williams, Jr. followed his famous father’s footsteps, even singing a lot of his songs and imitating his father’s style.  Hank Jr. first started covering his dad’s songs when he was eight years old.  He made his recording debut with “Long Gone Lonesome Blues” (a Hank Williams classic).

The song “Hey Good Lookin’” has been a hit song for multiple artists.  The Mavericks charted with their version in 1992.  Jimmy Buffet recorded a version of the song in 2004 with Clint Black, Alan Jackson, George Strait, Toby Keith, and Kenny Chesney.  Their version peaked at #8 on the Billboard Hot Country Songs.  The catchy tune and clever lyrics make this song easy to sing along an fun to listen to!