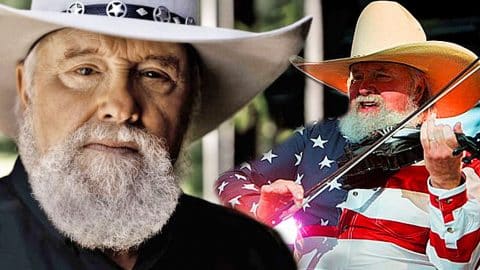 This letter is extremely opinionated, and it’s full of blunt criticism of Obama, and because of that, this letter drew mass attention on both sides from Democrats and Republicans alike.

In the letter, Charlie Daniels speaks his mind and makes jabs at the President:

“Mr. President, it seems to me that you have little faith in American ingenuity, American capability, American exceptionalism and even American patriotism.”

Charlie Daniels does not shy away from his bluntness, and even further calls the President “a spoiled child who has been denied his way.“

Charlie’s rant is very outspoken, and he has some pretty heavy opinions about Obama’s policies, the relationship with Israel, and national debt, all wrapped up in one, brutally honest letter, for all to see.

Charlie Daniel’s finishes his letter with a scathing comment:

Charlie Daniels speaks honestly and openly about his beliefs, so what do you guys think?

Check out the letter below, and see for yourself!

An Open Letter To President Obama — 2015

This letter is not written in a spirit of hate, disrespect, nor is it motivated in any way by racial bias and is written with respect due the office and the awesome tasks that have been laid on your shoulders.

I write this letter because I am a tax paying American citizen who has experienced the American Dream and wants his children and grandchildren to have the same advantages and opportunities that he has had.

And no, Mr. President, I was not born into a one-percenter family, I come from a blue collar background, never went to college, have made a living doing manual labor and went into my chosen profession at ground level, worked hard and sacrificed to achieve success.

On April 13, 1967 I arrived in Nashville, Tennessee with a wife, a two-year-old baby, a twenty-dollar bill and the clutch out of my car.

I won’t go into the mountains and valleys that I’ve traveled since then except to say that I have been successful and somebody did help me build the business I own. Almighty God, not the government.

I employ thirty people, good citizens and family people, hard-working people, the kind of gun-clinging, God-fearing folks who make America the greatest nation the world has ever known.

Mr. President, it seems to me that you have little faith in American ingenuity, American capability, American exceptionalism and even American patriotism.

You seem to think that America needs a monolithic, big brother type government to oversee and regulate every aspect of American life, that citizens are not competent to control their own affairs and make their own decisions without some oppressive bureaucracy to call the shots.

You intentionally lied to the American people about your stand on marriage being between a man and woman, and continue to lie when it is politically expedient for you to do so.

You surround yourself with inexperienced ideologues and political yes men and take the advice of individuals who are swimming in waters way too deep for them.

Your petulance is unbecoming, Mr. President, and your criticism of anyone who disagrees with you is downright unmanly. You come off like a spoiled child who has been denied his way.

And while you blame your shortcomings on opposing political parties, you had both houses of congress and the White House in the first two years of your term. Plus an electoral mandate to do just about anything you wanted to, so the least you can do is cowboy up and take the blame for the messes you’ve made.

Your apparent disregard for the maintenance and morale of our armed services is extremely unwise and dangerous.

Mr. President, the office you hold is not a place for the faint of heart and when you draw a red line you’d dang well better be willing to back it up, because when you don’t every tyrant and despot in this world takes it for a sign of weakness and will take advantage, Putin and China being a prime example.

In making any kind of deal with Iran you spit in the face of Israel and plant the seeds of a nuclear arms race in the Middle East.

The last report showed that the US economy actually shrunk by .07% while the national debt and other obligations grow by the day.

No matter how many apologists come forth and no matter how much double talk you and the puppets who speak for you come up with, the greatest nation the world has ever known is losing a war with a small army of criminals and thugs that grows bigger every day simply because you don’t have the guts to face the problem.

Pray for our troops and the peace of Jerusalem.

Below is a video from Charlie Daniels singing “Long Haired Country Boy”, and it’s a phenomenal performance.

Check out Charlie Daniels in his element, and see for yourself that he’s not just an outspoken conservative, but an amazingly talented musician as well!