Brantley Gilbert Marries ‘The One That Got Away’, And He Couldn’t Be Happier! (WATCH)

By Manly Bryant on July 1, 2015
Advertisement 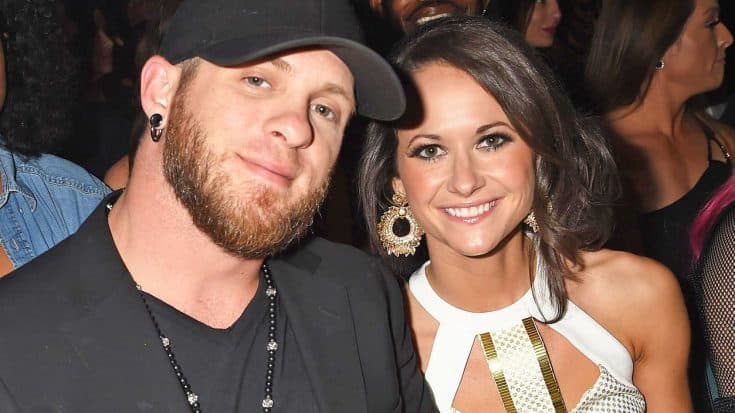 Brantley Gilbert, he bad boy of the modern country music era, has finally tied the knot to his long time girlfriend Amber Cochran, who he once said was the “one who got away”, but fortunately, they found their way back to each other and couldn’t be happier.

They reportedly married Sunday, June 28 at his Georgia home. They announced there engagement back in October 2014, where Brantley admitted on The Bobby Bones Show that, during their separation, she inspired him to write his hit songs, “More Than Miles” and “You Don’t Know Her Like I Do“. Brantley is the sweetest when it comes to his bride. He stated, “She was the one who got away for about five years, then kind of came back around, and I can honestly say I’ve never been happier.” And we couldn’t be happier for them!

“I met her 10 years ago,” Brantley told E! News. “I met her in church, and long story short, we were on and off for five years, mostly on.” Brantley followed the old saying that goes: if you love it, let it go and if it’s meant to be, it’ll return. And that’s exactly what happened.

Brantley married his muse and not many people can say that. According to Brides.com, Brantley said, “She has and will continue to inspire song after song in my life.”

That sounds like a happy ending to us. Congratulations to Brantley and Amber!