Lesson To Be Learned: Don’t Rush Zac Brown Band’s Stage When JJ Watt Is In Attendance

By Manly Bryant on July 2, 2015
Advertisement 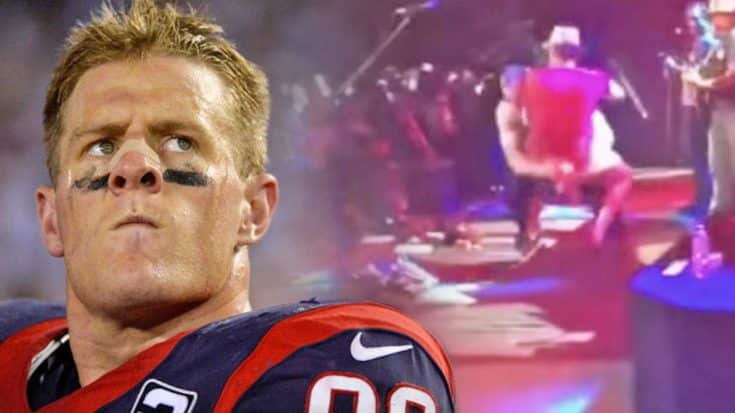 The scene starts out normal, like any other Zac Brown Band concert, with the band playing their signature music and a crowd full of fans cheering them on. But typical of some concerts, one fan decided to run up on stage, in an attempt to try and rush the stage, he just didn’t think there would be someone like JJ Watt there to take him out.

Almost immediately after the enthusiastic fan jumps onto the stage and is dancing, JJ Watt, defensive end for the Houston Texans, comes running to take care of this stage rusher and he does not look happy about it. He tackles the fan in clear football fashion, as the music quiets and the crowd cheers them on.

The entire 29 second video is hilarious, from the rusher trying to get onto stage to JJ tackling the fan, it’s definitely not a video that you want to miss! Although, rumors have surfaced that the entire incident could have been staged, it’s still funny to see JJ Watt tackle this guy on stage.

Nobody messes with Zac Brown Band