By Manly Bryant on July 6, 2015
Advertisement 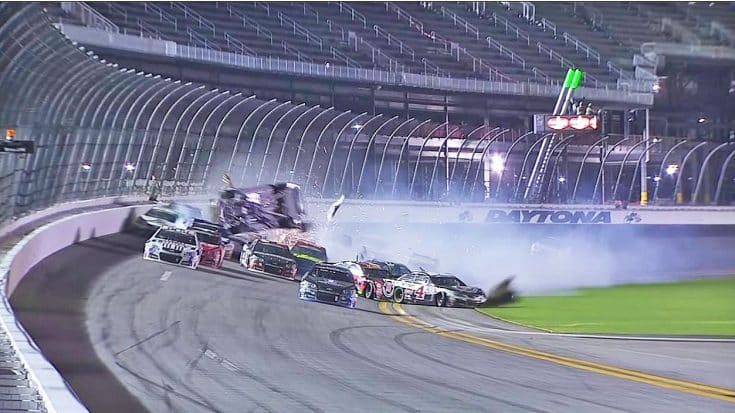 In this horrifying moment that happened at the Coke Zero 400 race in Daytona, Fl., Austin Dillon, the driver of the number 3 car, is hit and launched over two cars into the fence at the finish of the race. The crash happened in seconds, as the 11 car got stuck in the middle and makes contact with Austin’s car and pushes him over two rows of cars into the catch fence, which was shredded by his car.

The car rolls onto it’s hood down the track and then is hit again by an out of control car. The arena went quiet as they held their breath to see if Austin was ok, was this crash fatal?

Thankfully, Austin walked away safely from the crash, suffering no injuries. Sadly, five fans were injured from the fence being destroyed and the debris that flew from the crash.

The race went to Dale Earnhardt Jr. but we are just thankful that Ausin walked away safely, but this crash is just unbelievable. You can watch the video below and decide for yourself.