You Won’t Believe What This 5-Year-Old America’s Got Talent Contestant Says! 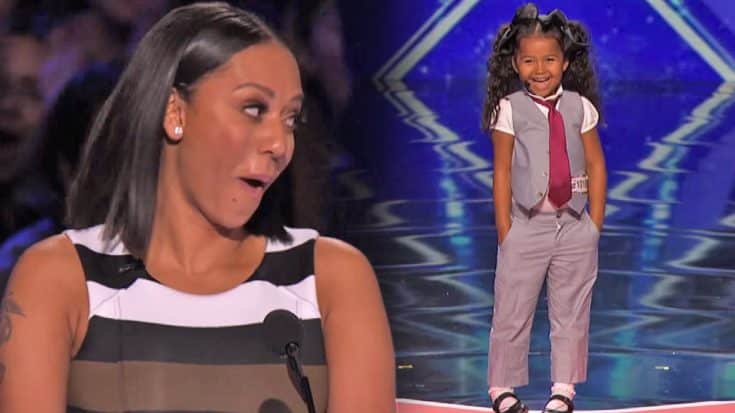 The judges day was about to get Heavenly, they just didn’t know it yet! Five-Year-Old Heavenly Joy Jerkins from Calabasas, CA was led onto the America’s Got Talent stage by host, Nick Cannon and stole America’s hearts without even saying anything yet!

Her rapport with the judges is hilarious and adorable at the same time.  Judge Howard Stern asks her what she would do with the million dollar prize money if she won and she says, without hesitation,

“If I get a million dollars, I want them to keep ’em! I wanna give them all over the world ’cause some people don’t have any clothes, so I’ll give some clothes to them!”

A collective “Awwww!” came over the crowd!

“You’re going places!” said Howard Stern, after her performance.  “I think Shirley Temple is living somewhere inside of you. Is that possible?”

She replied, matter-of-factly, “Not Shirley Temple, Jesus!” Which garnered her even more applause! She definitely lives up to the name Heavenly!

Judge Heidi Klum said she thinks “America is going to fall in love with you, Heavenly.” But Judge Howie Mandel interrupts and says, “I bet you dollars to donuts that they are already in love with her. You are heavenly!“

It’s safe to say she made it through to the next round! Watch Heavenly’s audition below, you’ll be glad you did!