By Manly Bryant on July 9, 2015
Advertisement 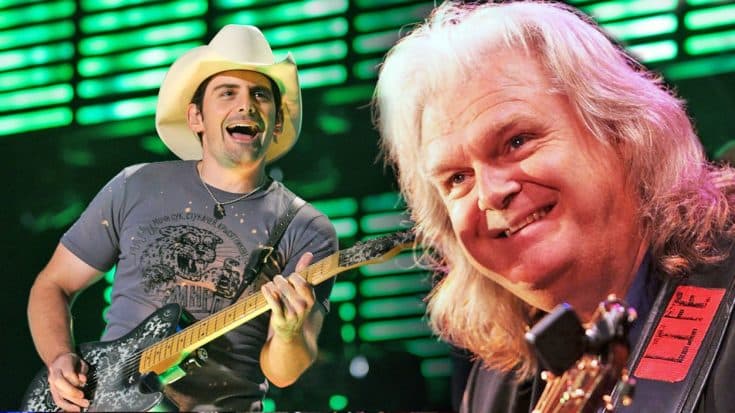 Originally released in March of 1983, “Highway 40 Blues” was the third single off of Ricky Skaggs‘ third album Highways & Heartaches. It became Ricky’s fifth number one single on the US Billboard Hot Country Singles chart and his fifth consecutive number one. It stayed at number one for a week and spent twelves weeks in various positions on the chart.

In this performance of the classic song Brad Paisley joins Ricky for a fun and lively rendition of the song at the Grand Ole Opry. Ricky has been a member of the Opry since May of 1982 and Brad has been a member since February of 2001. In this performance together, they bring new life to a classic as they perform for an enthusiastic crowd of fans. It’s definitely a perfromance you don’t want to miss!

Check out the video below!

Well, these Highway Forty blues,
I’ve walked holes in both my shoes.
Counted the days since I’ve been gone,
And I’d love to see the lights of home.

Wasted time and money too;
Squandered youth in search of truth.
But in the end I had to lose,
Lord above, I’ve paid my dues.
Got the Highway Forty blues.

The highway called when I was young,
Told me lies of things to come.
Fame and fortune lies ahead!
That’s what the billboard lights had said.

Shattered dreams, my mind is numb,
My money’s gone, stick out my thumb.
My eyes are filled with bitter tears,
Lord, I ain’t been home in years.
Got the Highway Forty blues.

You know, I’ve rambled all around,
Like a rolling stone, from town to town.
Met pretty girls I have to say,
But none of them could make me stay.

Well, I’ve played the music halls and bars,
Had fancy clothes and big fine cars:
Things a country boy can’t use,
Dixieland I sure miss you.
Got the Highway Forty blues…