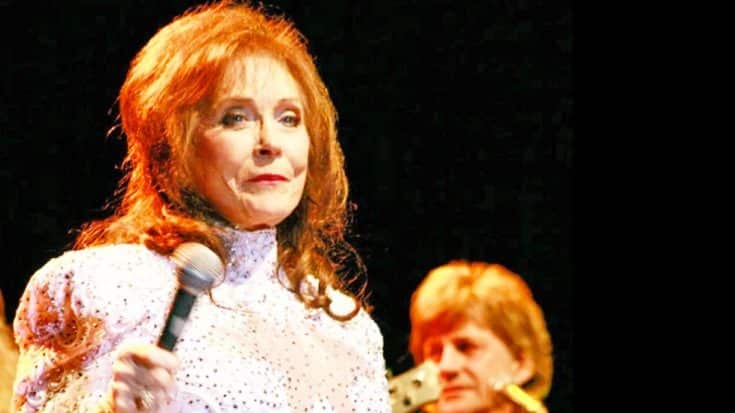 After the a long battle with emphysema, country legend Loretta Lynn’s daughter, Betty Sue, lost her life at the age of 64 due to complications caused by the disease. Emphysema is a chronic obstructive pulmonary disease that effects the structure of a person’s lungs preventing oxygen from reaching the bloodstream.

A year following her daughter’s death in July of 2013, Loretta made a heartbreaking dedication at a show on her private ranch.

“You know I lost my oldest daughter and I miss her so bad,” shares Lynn. “You think it’d get better every day but it don’t…We never missed a day talkin’ and I sure miss her.”

Betty Sue was the oldest of Loretta’s six children and resided in Waverley, Tennessee. She is survived by two daughters of her own as well as five grandchildren.

After news broke of her daughter’s death, Lynn posted a statement thanking fans for their loving support, writing “The Lynn Family appreciates all your prayers, love, and support of our family’s loss.“

You can watch Loretta’s heart-wrenching tribute to her daughter in the video below.