By Manly Bryant on January 16, 2016
Advertisement 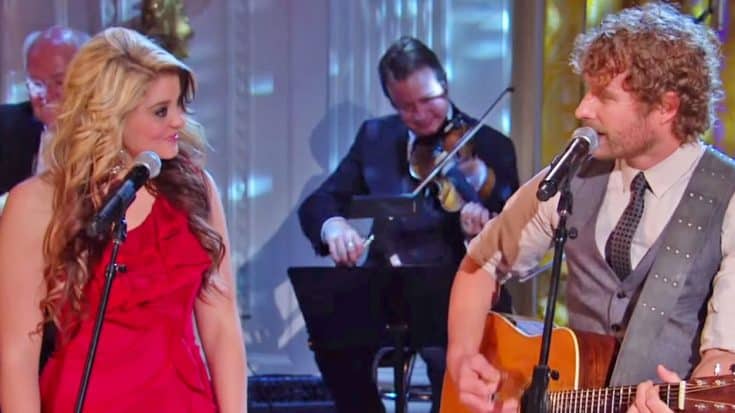 Most people know the song “Always On My Mind” because of Elvis Presley or Willie Nelson. The legendary song has been covered by a number of different artists, and its simple yet beautiful lyrics have always resinated with audiences.

In 2011, Dierks Bentley and newcomer, Lauren Alaina performed a duet fit for the President of the United States. It isn’t often you hear this emotional ballad sang by two artists, but the results were better than ever. With the First Lady and President watching, these two put on a performance to remember.

The song “Always On My Mind” was released and 1972 and mostly performed by Brenda Lee. However, Willie Nelson’s 1982 version generated more attention than ever before. Nelson’s rendition went on to win 3 Grammy awards in 1983. Impressive!

Watch this breathtaking performance below. Enjoy!