By Jennifer Pernicano on July 16, 2015
Advertisement 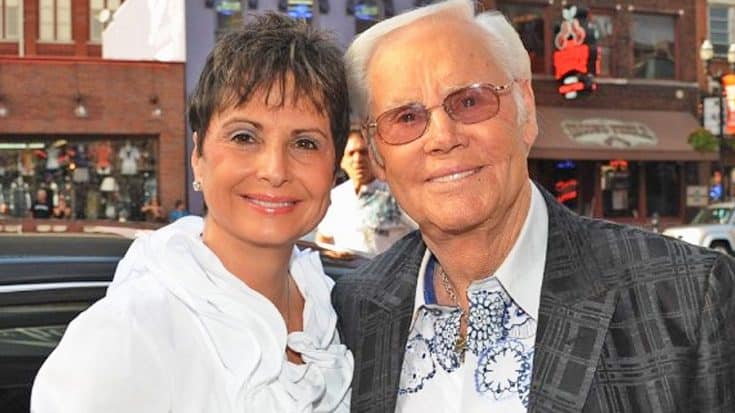 Want a tour of The Possum’s home? Look no further!

Nancy Jones, widow of late country music legend George Jones has sold their Franklin, Tennessee home and in the process, a real estate company made an in-depth video describing the property.  We get to see how country music royalty lives!

The property includes 25 acres of land, four bedrooms, seven-and-a-half-bathrooms, a seven-car garage, salt-water swimming pool, a barn, two guest houses, and so much more. Check out some pictures! A Closet Built For A King One Of The Four Bedrooms The estate sold for $1.98 million to Nathan and Patricia Overton who plan to live in their new home full time with members of their extended family. George previously sold 54 acres of surrounding property in 2013 for $2.4 million.  He was known for hosting fellow country stars at his home before he passed in 2013 at the age of 81.

At George’s memorial service, Brad Paisley told a story of how he bought his first horse, even though he was living in a condo. George graciously offered to let Brad keep the horse in his barn.  The two became close and shared many private talks over the years.

Nancy has been influential in keeping her husband’s memory alive, even helping open the George Jones Museum in Nashville.  She is also very adamant about making No Show Jones, a biopic about George Jones’ life.

Watch the video below to see the full tour of George and Nancy’s home!