You’ll Never Believe The Sound That Comes From This Crowing Rooster! Get Ready To Laugh! 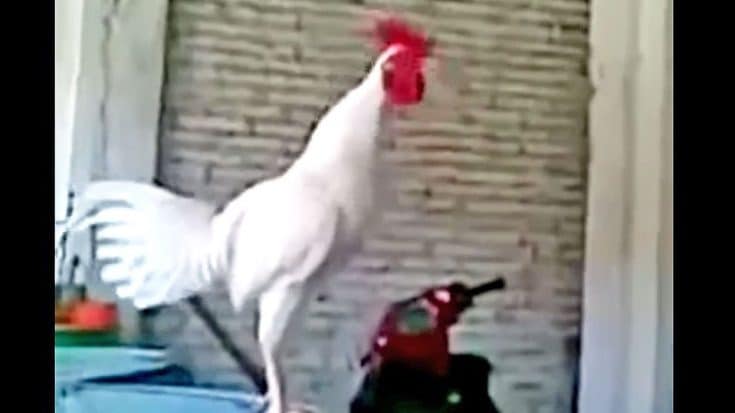 When looking at this white rooster, you never expect anything to be amiss, but once he tries to crow, it’s all over. The poor guy stretches his neck and gets the start of a crow out, but then it turns into laughter. Yes, laughter! This guys has a big sense of humor, because it doesn’t stop there.

Every time the rooster attempts to crow, he ends up laughing instead. It’s hilarious and a little scary, because his laugh sounds just like a human one. Wonder what could be making him laugh so dern hard? Sadly, unless you know how to communicate with chickens, we’ll never know.

But for now, enjoy the video below of this rooster laughing.