By Jennifer Pernicano on July 22, 2015
Advertisement 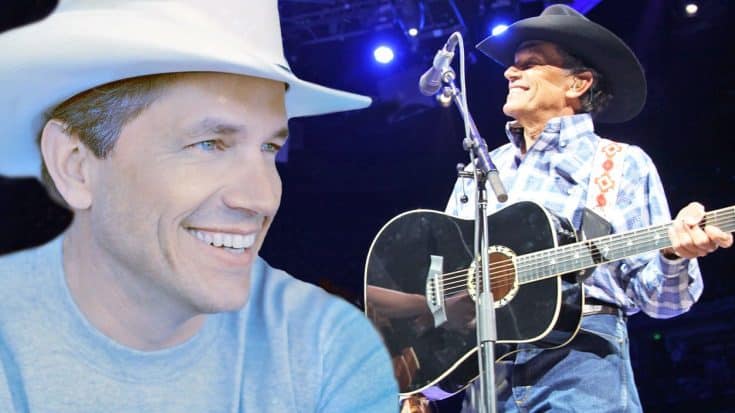 Can’t get enough George Strait? Neither can we! The King of Country pulled on our heartstrings yet again with his hit song “What’s Going On In Your World.”

Performing at an awards show, George passionately sings about a man who contacts his former flame to see how she is feeling after their breakup, which most people can relate to.  Wondering how if your ex feels the same way you do after a break-up is so normal, why not sing about it?! Add in George Strait (who looks as handsome as ever!!) and there’s no surprise this song is a hit!

“What’s Going On In Your World” was released in 1989 as George’s second single from his album Beyond the Blue Neon. The song went straight to number one and was George Strait’s 17th number one single!

Watch his performance below! You’ll be glad you did!

Just tell me that you’re happy and I’ll hang up the phone.
Just tell me you don’t need me anymore and I’ll leave you alone.
I just wondered if you had somebody new after all of this time.
So what’s going on in your world? It sure is lonesome in mine.

What’s going on in your world? It sure is lonesome in mine.