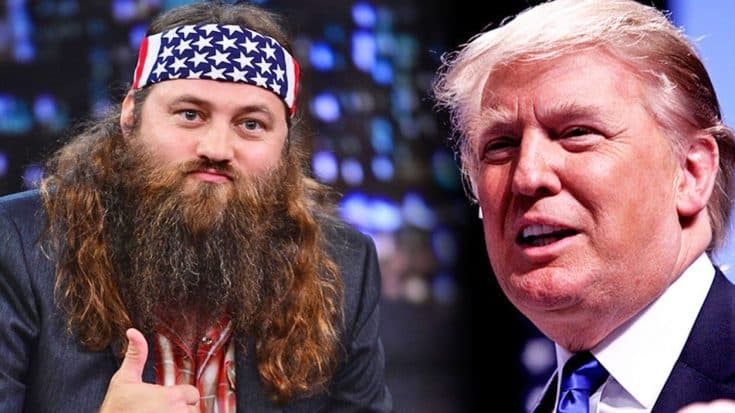 During an interview with a panel from Fox and Friends, Duck Dynasty star, Willie Robertson discussed which presidential candidate he has chosen to endorse. No surprise that Louisiana Governor (Robertson family friend) Bobby Jinal has Willie’s vote. Willie also seemed to be impressed by Donald Trump’s campaign, and it has the political world buzzing.

When he sat down with Fox and Friends, Robertson shared this statement about Jindal:

“Great guy, Christian man, just a smart guy. And always there,” Robertson said. “I think we saw that through everything the state has been through, you know, Bobby shows up, he’s there and he wants to be with the people and hug their necks and hold their hands, and it didn’t surprise me at all to see that he was down in Lafayette (after the shooting at a movie theatre in Lafayette, Louisiana).”

The Duck Commander CEO also applauded Trump for publicly releasing the personal cell phone number of fellow GOP presidential candidate Senator Lindsey Graham. “When [Trump] dropped the cell phone number, that was the best thing I had seen in my life,” Robertson said.

Watch the full interview with Willie Robertson below, and tell us what you think!