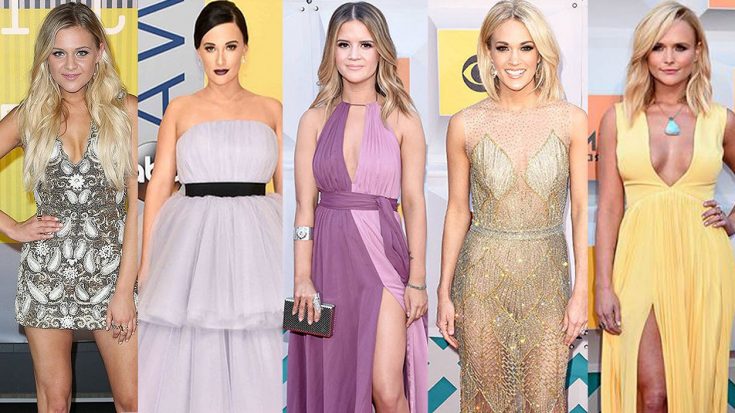 After a glamorous night filled with ravishing attire and relentless nerves, one of the most coveted awards of the night has finally been awarded! Competing for title of 2017 ACM Female Vocalist of the Year, Kelsea Ballerini, Miranda Lambert, Maren Morris, Kacey Musgraves, and Carrie Underwood were visions of astounding beauty as they eagerly awaited the news they had anticipated for weeks!

However, only one may win; making this nail biting experience a battle to the end! Yet, despite, the competition, these lovely women were more than supportive as their fellow performer Miranda Lambert humbly accepted her victory and maintained an image of class and poise.

The audience went wild as Lambert’s name was ultimately revealed, giving the country gal a standing ovation and the accolades she rightfully deserved.

Lambert has held quite the record in terms of her continuous reign since 2009, snagging each title year after year. It seems this southern belle is nowhere near backing down, adding yet another victory to her extensive collection!

Thanks to her most recent win, she now has the most Female Vocalist of the Year wins in ACM history.

Congratulations to Miranda Lambert and all the lucky ladies nominated!

Female Vocalist of the Year at the #ACMs goes to @mirandalambert! ✨ Congratulations! pic.twitter.com/2FFJ8OVbgD