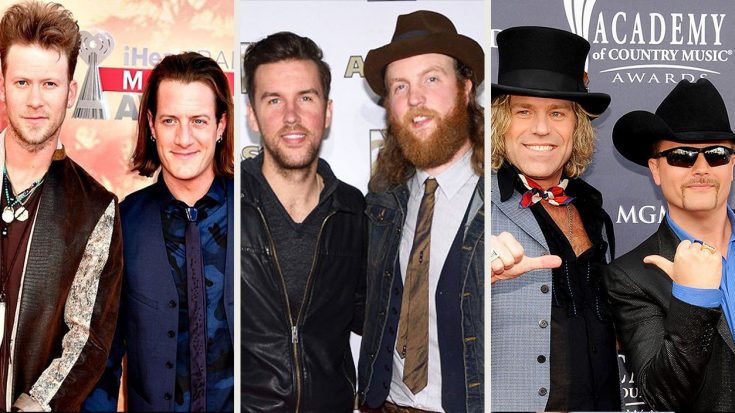 After built up anticipation and an abundance of nerves, the winner of the ACMs Vocal Duo of the Year was finally announced! Running alongside another, Big & Rich, Florida Georgia Line, Brothers Osborne, Dan + Shay, and Maddie and Tae were nothing short of humble nominees that no doubt deserved a shot at the coveted title! However, only one could win, and fans were elated by the results!

Brothers Osbourne was greeted with their big win by an uproarious applause from the star-studded audience, prompting them to experience the authentic moment of such a coveted win!

The talented duo released their album Pawn Shop last year in 2016, spawning multiple smash hits off the critically acclaimed masterpiece including singles such as “21 Summer” and “It Ain’t My Fault.”

Each duo encountered an admirable year in country music, from releasing new music to breaking astronomical new records! Although only one act was granted the coveted win, country music has most definitely gained an abundance of success and new firsts because of these remarkable performers!

Y’all can check out their hit single “21 Summer” below!