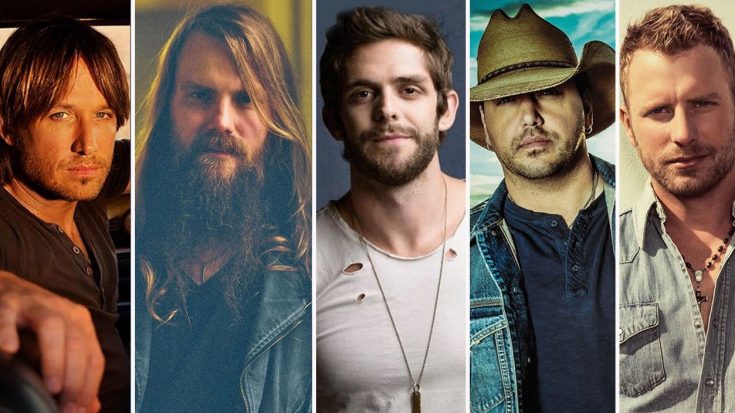 The 52nd Annual ACM Awards are off to a great start!

Kacey Musgraves and radio host Ty Bentli came on stage to hand out the award for Male Vocalist of the Year.

The nominees in the category are listed below.

The anticipation had everyone on the edge of their seats, seeing as each nominee had equally incredible years. While we wish everyone could go home a winner, only one could take home the coveted prize.

The winner is Thomas Rhett!

Rhett’s latest album, Tangled Up, was released on September 25, 2015 and produced the singles “Crash and Burn”, “T-Shirt”, “Vacation”, and “Die A Happy Man”. His latest single “Star of the Show” is from the Deluxe edition of the album, released in 2016.

Right when his name was called, Rhett started shaking his head in disbelief! His wife, Lauren, who is pregnant with their first child looked so proud.

What a year it has been for @ThomasRhett. Congratulations on taking home Male Vocalist of the Year at the #ACMs! pic.twitter.com/3hK9BWIBdF