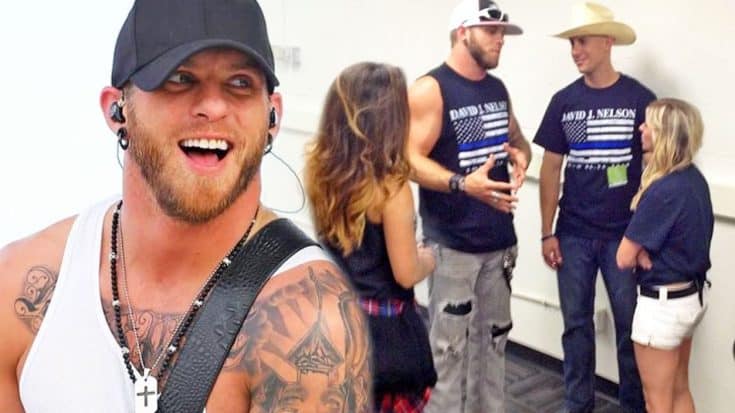 If there is one thing that Brantley Gilbert is good at, it’s honoring our fallen heroes, both overseas and here at home. On July 25th he was at the Rose Bowl in Pasadena, Ca and he took the time to honor a hero who was killed in the line of duty at home. A police officer by the name of David Nelson was killed in a vehicle crash while in pursuit of a vehicle on June 26th. He had attempted to make a routine traffic stop when the pursuit began and went off the side of the road, hitting a retaining wall and a utility pole.

The video, courtesy of Bakersfieldnow.com, explains that while he was in town, Brantley took the time to meet with David’s family to give his condolences for their loss. To honor David, he sang the song “One Hell of an Amen” and wore a memorial shirt in honor of the fallen hero. The song meant a lot to David, it was one of his favorites and was used during his memorial services. Brantley dedicated the performance to the fallen police officer, as he put his heart into the performance.

Check out the video of the performance and the official video of “One Hell of an Amen” below.