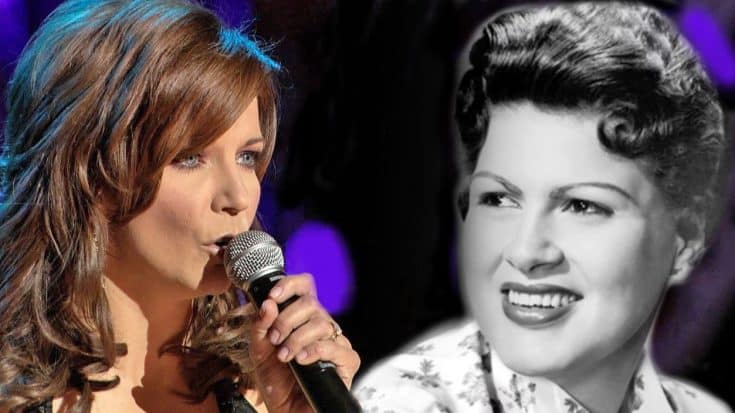 When Martina McBride came on the scene in 1990, no one expected much from her, but her almost three-decade-long career says something about her.

She is tied for the record number of times someone has won the Country Music Association’s Female Vocalist of the Year at four times. She is tied with Reba McEntire and Miranda Lambert.

Martina really shines singing the pop-styled crossover sound, like Shania Twain and Faith Hill, but she is definitely one of a kind. She has recorded emotional ballads like “I’m Gonna Love You Through It“, well known hits like “Independence Day“, and even duets with The King of County, George Strait!

She sings Kitty Wells‘ songs “Making Believe” and “It Wasn’t God Who Made Honky Tonk Angels“, Patsy Cline’s “I Fall To Pieces“, Loretta Lynn’s “You Ain’t Woman Enough (To Take My Man)“, Connie Smith’s “Once A Day“, and ends with Tammy Wynette’s “Stand By Your Man.“

Her incredible rendition of each song garnered loud applause from the audience. Even if you are not a fan of classic country, Martina sings it so beautiful that you can’t help but sway along to her amazing voice.  Kitty, Patsy and Tammy are definitely smiling from above and we bet Loretta and Connie are proud to be honored as well!

Watch her incredible performance below!