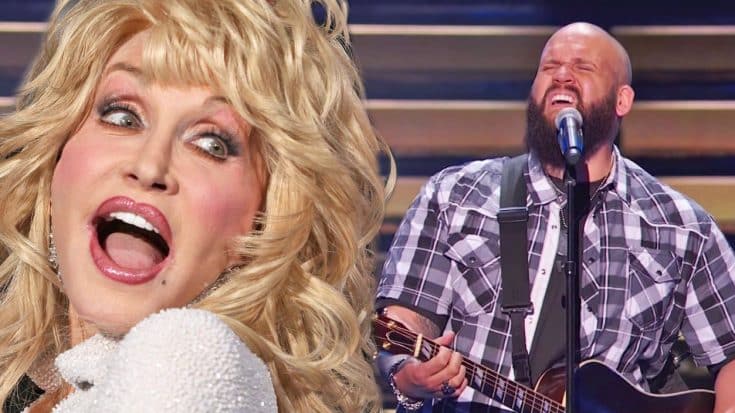 When Benton Blount took the stage in sneakers and a guitar on America’s Got Talent, we never expected to experience the level of talent that he presented. Benton really taught the judges not to judge a book by its cover, because when he performed his own version of Dolly Parton’s hit song, “Jolene“, he successfully blew not just the judges away, but every person watching his rendition as well.

Benton is a stay-at-home dad from South Carolina. The way he talks about his son, Jackson, it’s obvious the little boy means the world to him. “Having a child has changed my life completely. Being a stay-at-home dad is pretty much it’s whatever my son wants to do. It’s my job to make sure he’s happy doing that as long as he’s not getting himself in trouble,” Benton says about his son.

Benton’s wife works an 8 to 5 job. “Benton’s dream is he wants to provide for his family; he wants to give us everything we could ever possibly need. It’s heartbreaking because normally somebody would have given up before now, but Benton hasn’t. I don’t want him to,” she says.

Benton knew that this was the biggest opportunity of his life before he set foot on the stage; he plays in bars for a living. Wanting to make his son proud, he dedicated his performance to his son, and after seeing him sing “Jolene”, it’s obvious his son would definitely be proud because he was phenomenal. He has this deep, gritty voice that is begging to be heard.