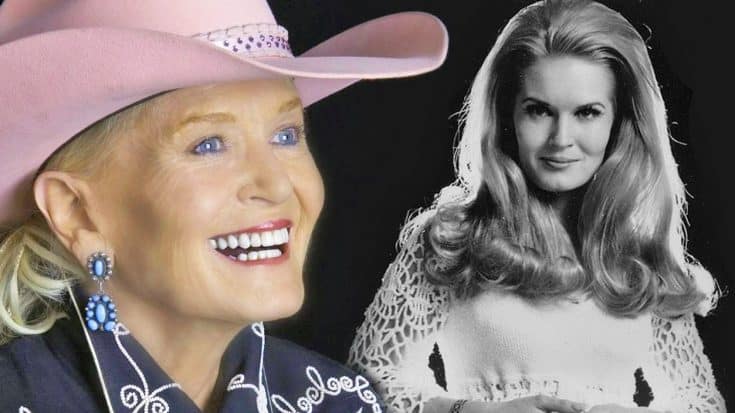 Sad news has reached the country music world today, as country fans learn that Lynn Anderson has passed away at the age of 67. She suffered a heart attack late on the evening of July 30th at Vanderbilt University Medical Center. Lynn had recently visited Italy, and contracted pneumonia after coming home.

Born in Grand Forks, North Dakota and raised in California, Lynn came from a musician family, and both of her parents were songwriters in the industry. Lynn was discovered and released her first album in the year of 1966, when she was only 19 years old. From there, she became very popular in the 1960s and was U.S. Billboard Musician of the Decade in the 1970s. Her popularity however faded at the end of the 70s and into the 80s.

The multi-award winner was on blogtalkradio.com being interviewed by Neil Haley just last week. During the interview she was lively and joking back and forth with Neil, even singing for him over the phone. During the interview she spoke of her hopes to one day make it into the Country Music Hall of Fame like Loretta Lynn recently recieved the honor. She also speaks of her career and compares herself to Taylor Swift, claiming she was the Taylor Swift of that time.

“I was Taylor Swift a long time ago.”

“Rose Garden” and “If I Kiss You (Will You Go Away)” were only two of the songs that made Lynn big. With 11 No. 1 hits, 18 Top-10, and over 50 Top-40. “Rose Garden” in particular was a hit around the world. Making No. 1 on U.S. Billboard Hot Country Singles, Canadian RPM Top Singles, and many other charts around the world, it’s a song to be remembered.

“This is my life…This is me. I’ve made a living doing music for a long time now and I can’t see myself ever putting it down. It’s a gift that you can give away and still have.”

Lynn’s loss is a tragedy. She passed away too soon with plans and projects that she had been working on for her future. With an amazing voice and one of the leading woman for country on television, Lynn deserves to be remembered as that great woman she was. Take a listen to Lynn’s final interview and see her perform “Rose Garden” in the video below from a 1973 television show.