By Manly Bryant on August 7, 2015
Advertisement 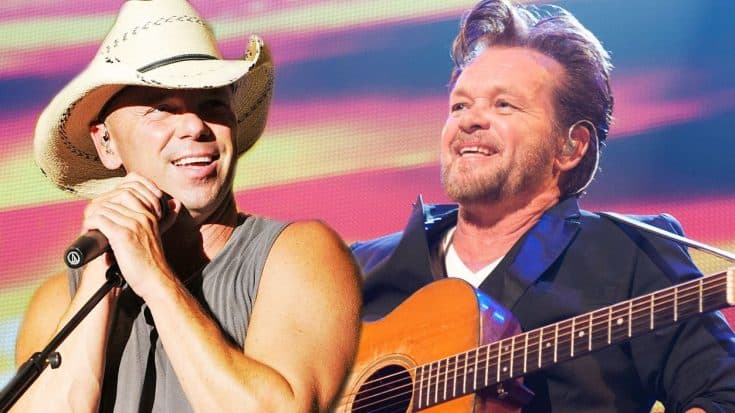 Let’s throw it back to 2003 when Kenny Chesney and eighties rock star, John Mellencamp got together for CMT Crossroads and rocked the stage. One memorable performance that came from this CMT special was the “Jack & Diane” duet.  Seeing as “Jack & Diane” is one of the greatest songs of the century, according to RIAA, it just had to be played by the rock legend and Kenny.

“Jack & Diane” was released in 1982 on John Mellencamp’s, then John Cougar’s, American Fool album. It charted worldwide, reaching #1 on the US Billboard Hot 100 chart. It stayed there for four straight weeks.

Mellencamp is actually one of Kenny’s musical idols and he has closed his concerts with “Jack & Diane” many times. These two obviously have the ability to entertain their audiences, as can be seen through their years of performing, but it can’t be denied that something fantastic develops when they’re singing together.

Suckin’ on a chili dog outside the tastee freeze
Diane’s sittin’ on Jacky’s lap, he’s got his hands between her knees
Jacky say, “Hey Diane lets run off behind a shady tree
Dribble off those Bobby brooks, let me do what I please”
And say a

Jacky sits back reflects his thoughts for the moment
Scratches his head and does his best James Dean
Well you know Diane, we gotta run of the city
Diane says “Baby, you ain’t missing nothing
Jacky say a