Proof That John Wayne Is The WORST Swim Teacher Ever, And It’s HILARIOUS!

By Manly Bryant on August 19, 2015
Advertisement 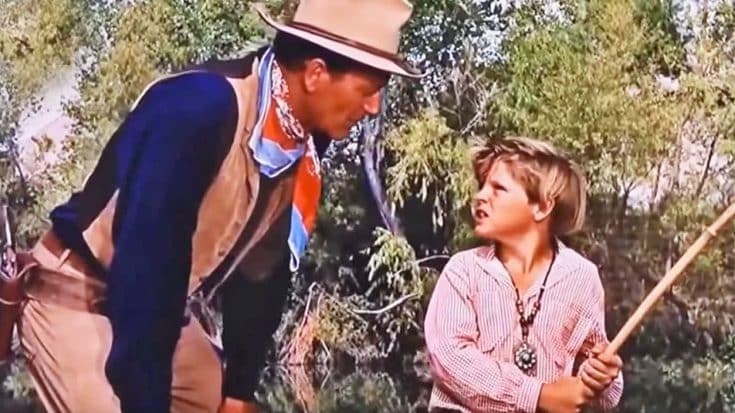 We all know John Wayne has a dry sense of humor that constantly has a person doubled over in a laughter. People may not agree with his style of humor, whether it be on or off screen, but what we do know is that he had a big heart and a bigger need to entertain his audience.

That being said, in 1953, John starred in Hondo, a film where his character, Hondo Lane, has to help out a woman and her young son after they’re deserted by her husband during an Apache attack. In this particular scene, Johnny, the young boy, is fishing and casting a shadow over the lake. Hondo politely tells him that the shadow is scaring the fish away and that he has to fish on the opposite side. There’s one problem though: Johnny can’t swim.

Here’s where John Wayne’s dry humor and teaching skills, or lack thereof, come into play. Instead of instructing the boy or giving him a few tips, he does the exact opposite, but we don’t want to give it away, so check out the gem of a clip below.

Classic John Wayne, y’all. It doesn’t get much better than this.