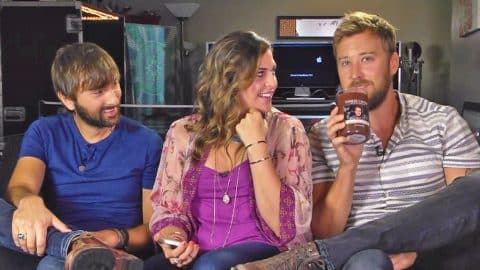 Last month, it was announced that Yankee Candle was coming out with a Luke Bryan-inspired scented candle.

Since then, everyone has been guessing what it will smell like! Well, Country Music Television took it upon themselves to ask a few people what they thought of the candle. These people are none other than Luke’s friends and fellow country singers!

Lady A’s Dave Haywood said he thinks it smells like, “Sweat, dirt, and a cornfield.“

Florida-Georgia Line had a hilarious response that we’re not sure we can write!! Hilary also joked that the candle smelled like tight jeans!

We know Luke has a great sense of humor so he won’t take these jokes too seriously!