By Manly Bryant on September 3, 2015
Advertisement 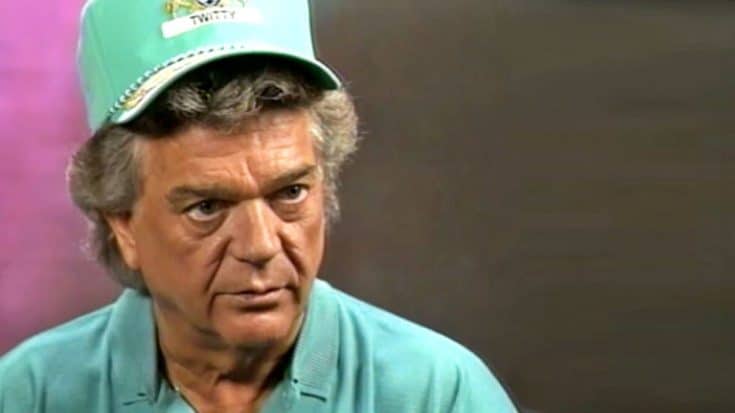 Conway Twitty was a talented, beloved country music icon that has been missed since the day he was taken from us way too early in 1993, and that’s the year his final television interview was recorded.

At 59 years young, clad in a teal polo and hat with “Twitty” embroidered on the front, Conway discusses the future of his career. “There’s a natural order to things,” Conway says, referring to the country music of his time. “And the natural order is for things that have been around a long time to go away, and for new things to live and grow and to take the place of that.”

We see that now as the modern country style has taken precedence over the more classic styles like Alan Jackson and Dwight Yoakum. Though it is no way means that the traditional music is loved any less; it just proves that the country style is evolving with the masses into something different than it used to be, though it keeps the same spirit that it always had.

Conway talks about his brand new album that he was planning on releasing that year. He passed away just two months before the debut of his final studio album, Final Touches.

He really appreciated his fans and never took them for granted.  “When a country singer reaches a point, if he ever does, where a fan trusts him, deal with those feelings and emotions,” Conway says. “Sometimes they let ’em stay around for a long time, maybe thirty five, thirty six years, maybe longer.“

Conway was truly young at heart. He could tell that country was evolving in the early nineties and he was okay with that. Conway was a class act through and through. He passed away from an abdominal aortic aneurysm.

Conway, you are truly missed, and like he says in this interview, “Enjoy the ride.”