By Jennifer Pernicano on September 3, 2015
Advertisement 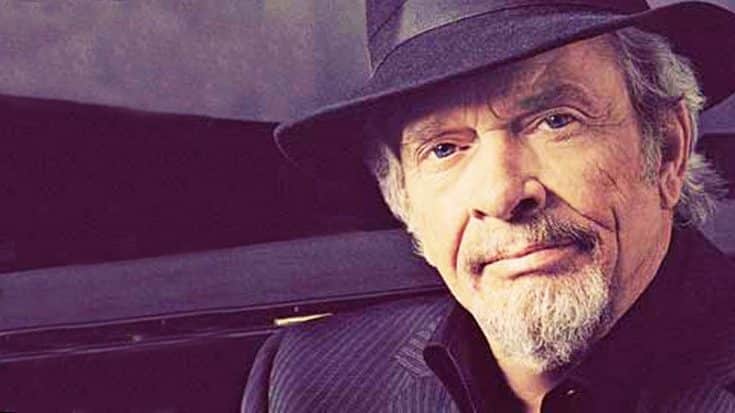 Merle Haggard is known for helping grow the outlaw country movement in the 1970s. After all these years, he hasn’t outgrown his outlaw image. Merle speaks his mind, and doesn’t care who hears him.

In an interview with Inforum.com, Merle was asked about lots of different things. A topic that struck him, was his opinion of newer country musicians.

He had very nice things to say about up-and-comer Sturgill Simpson, who is currently opening for Merle on tour. He says, “As far as I’m concerned, he’s the only one out there…he comes out and does a great show.“

As far as other contemporary country music artists? “The rest of them sound like a bunch of (crap) to me,” he says.

“I can’t tell what they’re doing. They’re talking about screwing on a pickup tailgate and things of that nature. I don’t find no substance. I don’t find anything you can whistle and nobody even attempts to write a melody. It’s more of that kinds stuff. It’s hot right now, but I’ll tell you what, it’s cooling off.”

Merle does have a few decades of experience under his belt to back his statement up. He has recorded 38 No. 1 songs, has been inducted into the Country Music Hall of Fame, the Songwriters Hall of Fame, and has received the Kennedy Center Honors in 2010.

He has has a career spanning over 50 years, and does not plan on slowing down anytime soon. “I feel fine right now. I don’t really have much sign of aging and I’ve been through cancer, so I ain’t scared of that no more. Looks like somebody wants me alive, so I’m gonna do my best to act like I’m alive. i still enjoy playing. The traveling gets a little rougher every year, but maybe they’ll fix the roads.“

What do you think of Merle’s opinion on new country? Do you agree with him?! Sound off in the comments!