By Manly Bryant on September 28, 2015
Advertisement 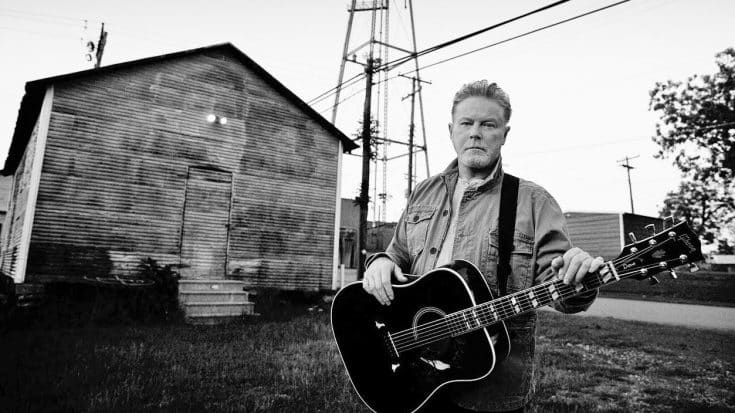 Don Henley knows the importance of a good, meaningful song.

In 1971 Henley became the lead vocalist of the iconic band, the Eagles. Alongside his group members, Henley co-wrote some of the band’s most notable songs, including, “Desperado” and “Hotel California“.

Since the beginning of his songwriting days, Henley has always strived to make his songs meaningful.

In an interview with Rolling Stone, Henley spoke about modern country music, and what he thinks it has become over the years. He says,

I don’t recognize country music anymore. The bar is not very high right now. I’m not naming any names. I’m just saying the bar isn’t very high right now. [There is] a lot of bad songwriting going on, really sloppy stuff. Not that country music is supposed to be an intellectual exercise, but it could be better than it is. It could have more meat to it than it has currently got.

Henley went on to discuss what he believes country music needs to go back to. He said,

It’s incumbent on us to export something that has some quality to it, that reflects our culture in ways that are positive and meaningful. In order to do that in country music, we have to go back to the country because this music originated with people who lived in rural America and lived authentic lives. That’s why I picked Dolly and Merle [to sing on the album]. They are authentic people who come from rural America.

In an attempt at making good ol’ country music, Henley has release his first album in 15 years, following his album Inside Job, which was released in 2000. Cass Country was released in September 2015, and features guest appearances by some of classic country’s biggest names, including, Dolly Parton, Merle Haggard, Allison Krauss, Vince Gill, and more.

Cass Country highlights the Texas community that shaped Henley to the person he is today, his hometown of Gilmer, TX. To make the album as authentic as possible, Henley visited his hometown many times to get to know the people, and the culture, because that’s what he feels country music should be about.

Check out the first single released from Cass Country below, called “Take A Picture of This.“