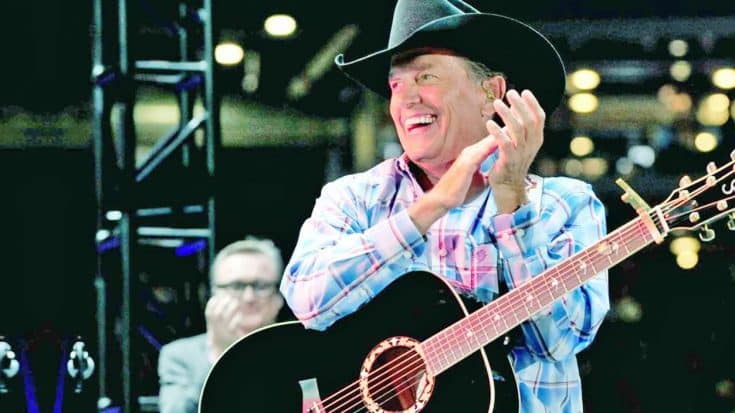 George Strait is full of surprises these days!

Strait recently released the album, Cold Beer Conversation, which came as a surprise to us all since he gave us a three day notice! Not that we’re complaining…

Strait just kept on going with the surprises, pulling off something pretty amazing on the set of The Bobby Bones Show recently.

The Bobby Bones Show cohost Amy was scheduled to do an interview with the King of Country. Strait called in and told her that he wouldn’t be able to actually come in, just do an interview over the phone.

That’s pretty rude of me not to come in like that… Next time I’m in town I promise I will come by.

And before Amy could even respond, George Strait himself, was standing in the studio!

What a cool surprise!

Strait posted it to his Facebook, check it out below.

#TBT Last week George surprised radio cohost Amy from the Bobby Bones Show. She thinks it’s only a phone interview, till she turns around surprised by an in studio visit from King George! #coldbeerconvo