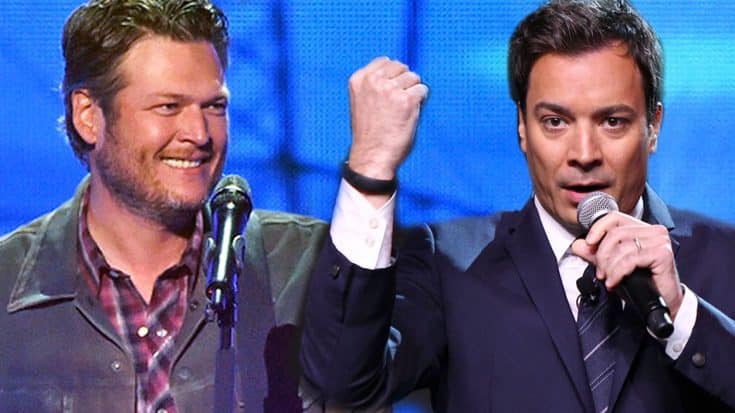 If you like piña coladas and listening to Blake Shelton sing, then you won’t be disappointed with his performance of “Escape” alongside evening talk show host Jimmy Fallon.

“Escape,” also known as “The Piña Colada Song,” was first written and recorded by Rupert Holmes and released as the lead single off his album Partners In Crime in 1979. The song was an instant hit, and was the last single to hold the #1 spot on the charts for the 70’s.

The lyrics speak about a man and a woman who have both grown bored with their relationship. The woman writes a newspaper ad seeking someone who likes “piña coladas and getting caught in the rain.” As chances would have it, the man replies to the ad, and is surprised when he learns that his lover was the one who wrote it.

During a 2011 appearance on his show, Fallon tells Shelton that he has just one more question for him. With that, Fallon stands up and sings the song’s signature line, “do you like piña coladas?“

Shelton just starts laughing, not quite sure how to respond. Fallon stands up again and sings some more, while Shelton is now beside himself with laughter.

But then in a surprise twist, Shelton casually leans back, picks up a microphone, and starts singing where Fallon left off.

Soon Fallon and Shelton join together in a duet, with Fallon’s band The Roots playing along.

The whole time they are performing, both Fallon and Shelton have a hard time keeping themselves from laughing.

We challenge you to try and make it through Fallon and Shelton’s hilarious duet with a straight face!