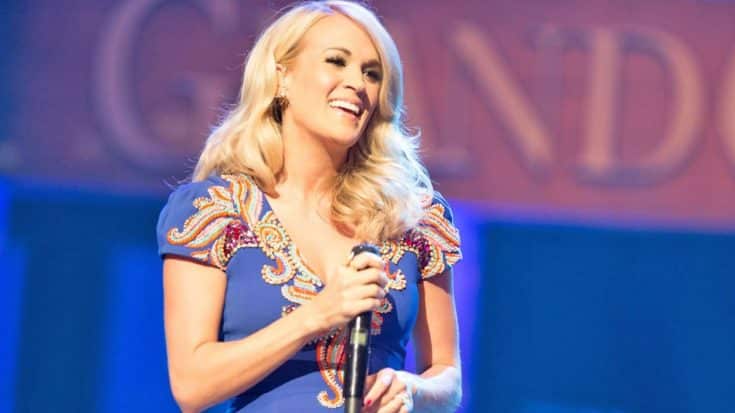 Raising a child is no easy feat, but luckily for Carrie Underwood and her Nashville Predator husband Mike Fisher they have some great friends and role models.

When Underwood decided to leap into the world of parenthood, there was one person she knew she could look to for support. Brad Paisley has been a longtime friend of the “Smoke Break” singer. They’ve recorded music, and co-hosted the CMA Awards for eight consecutive years. Anyone who watches them together can see the special friendship they share. According to CMT, her friendship with Paisley and his wife Kimberly was something that inspired her decision to start a family.

“(Brad) was part of the reason,” Carrie told CMT “I would see them and how great they are and how sweet he is with them. And as soon as I found out I was having a boy, I was watching them like, ‘Aww, I want my kids to be like that,’” she explained. “I feel overall like I’m kind of a happier person, and that’s kind of weird, I don’t know why, but I just feel like I’m just kind of in a better mood most of the time, unless I’m really sleepy.” Judging from all of their adorable pictures with little Isaiah, we think it’s safe to say that mom and dad are raising their son right.