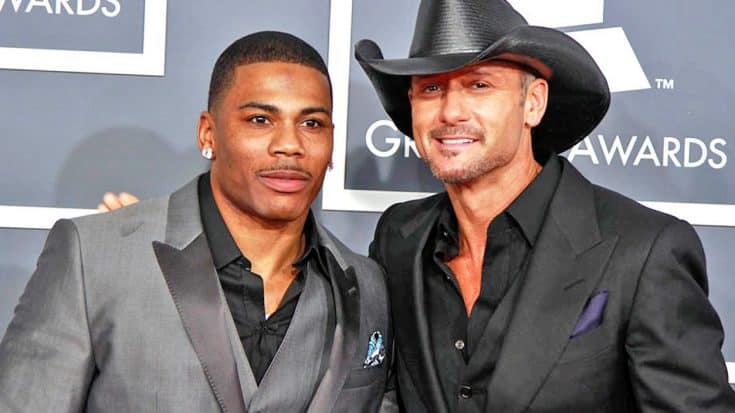 Back in April, it was reported that rapper Nelly would be releasing a country music album.

Nelly wants to set the record straight. While he says those April reports were “misconstrued” and he will not be recording a country album, he still has the utmost respect for country artists and their music.

“We talked about doing an EP that went across all boundaries and being a different vibe,” Nelly tells Entertainment Weekly. “I love country music. I respect it to the utmost. But there’s nothing in the world that makes me think I can do a country album. That’s like Tim McGraw waking up like, ‘Yo, I’m gonna do a rap album.‘”

Country isn’t a foreign genre for Nelly, though. He has been a part of a couple successful country tracks like Tim McGraw’s “Over And Over” and Florida Georgia Line’s “Cruise“.

Don’t be surprised if you still see him performing with country artists, though! His new album will, “fulfill different formats of music, country being one of them.”

Take a look at Nelly’s country songs below!