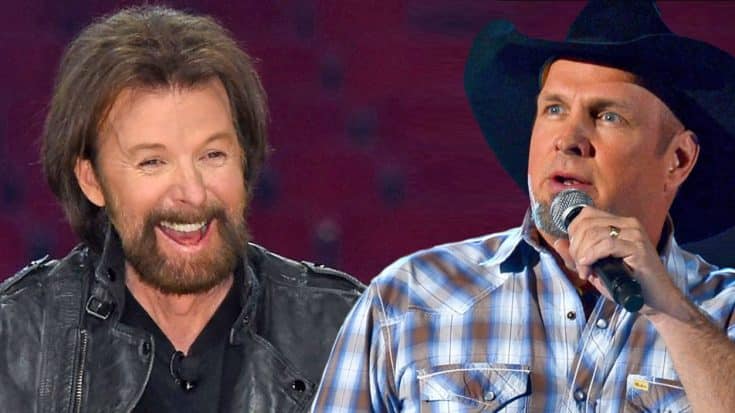 This country star wagers that he can salvage the musician’s missing melodies. But how?

Taking to his Facebook account, Ronnie Dunn (one half of Brooks & Dunn) speaks of his connections that may help him accomplish the feat. Playing on Garth Brooks‘ hit single “Friends In Low Places”, Dunn says:

This comes just days after Garth announced that he had lost six months’ worth of music when his phone stopped working unexpectedly. “It’s like losing your briefcase back in the ’90s.” He said in a statement. Go here for the full story.

What do y’all think about Ronnie’s claim?

I HAVE FRIENDS IN HIGH PLACES !!…I bet $1,000 that I can find those songs.I sent GB a text yesterday. No reply…