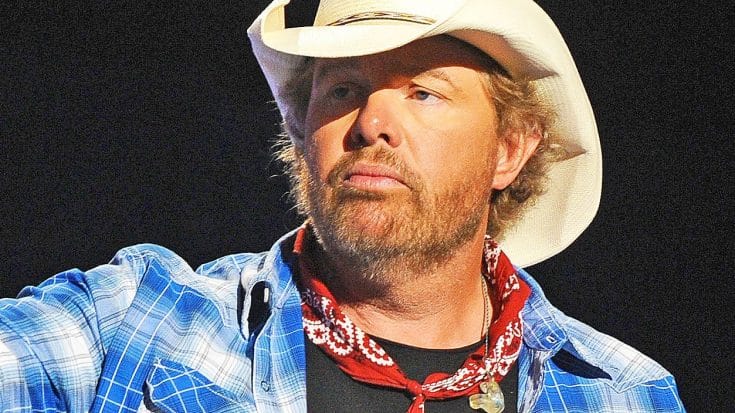 He may not love this bar and grill anymore.

Toby Keith’s Phoenix-based restaurant chain, named after his song “I Love This Bar“, may be at the center of nearly $30 million in lawsuits due to illegal business practices.

Boomtown Entertainment, the company that own’s Toby Keith’s I Love This Bar And Grill, has been accused of stealing millions from mall owners and developers to build new locations, then walking away with all their money, leaving an unfinished project.

They closed 17 out of the 20 locations earlier this year during allegations that they weren’t paying landlords, contractors, and suppliers enough and owed hundreds of thousands of dollars in taxes.

Although Toby Keith’s name is on the buildings, he doesn’t have any ownership stake in the restaurants. He collects revenue on the naming rights and makes occasional appearances. It’s unknown how much Toby knows about these legal issues.

Legal trouble for Boomtown started in 2012 when a Dallas mall owner sued the company for not paying rent. They were ordered to pay $1.4 million in 2013 by a judge, and ended up closing a few months later. More closures came in 2014 followed by more lawsuits. Missed rental payments became a trend, as well as construction delays, delinquent taxes and evictions, and tenant disputes.

The company also said the restaurant closings are part of an aggressive business plan and would be followed by opening of new locations in Ohio, Pennsylvania, and South Carolina. According to the restaurant’s website, the only open locations are in Auburn Hills, Michigan, Foxborough, Massachusetts, and Rosemont, Illinois.

Boomtown claims each restaurant, “was unique and that legal issues at one location were unrelated to the others.”

The concept of the restaurant was to provide a dance hall, music venue, nightclub, and Southern dining.  Take a look at the inspiration for these restaurants, “I Love This Bar“, below.