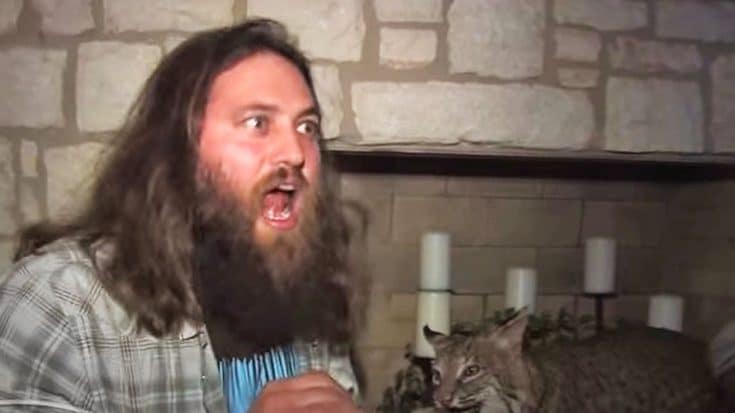 While hanging out with the Buck Commander team and special guest Luke Bryan, Willie had a little fun singing a song he made up about a rattlesnake.

Luke starts playing a few notes on the guitar and encourages Willie to sing, saying ” talk about that rattlesnake son.”

Willie sings about how he was lost in the woods when he saw what he thought was a rope, but it turned out to be a rattlesnake.

“I couldn’t get away from that rattlesnake,” he sings, bopping his head back and forth and throwing his arms in the air.

Willie really gets into both his singing and dancing, and takes it one step further by letting out a long growl at the end of the song.

Everyone, including Luke, can’t control their laughter by the time Willie finishes singing.

If you’re ever having a bad day, we guarantee that if you watch this video, you’ll definitely have a smile on your face!