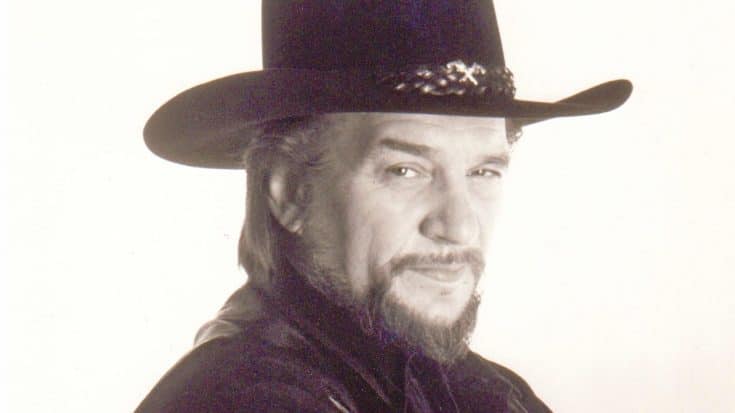 School shootings occur all too often in our country. Just yesterday, a shooter killed ten people and injured dozens at Umpqua Community College in Oregon. This is the fourth school shooting in the past two months and has sparked an on-going discussion as to what is causing these horrific events.

In 1999, shortly after the Columbine shooting, Waylon Jennings was doing an interview with TNN’s Prime Time Country. The legendary country singer was taking questions from the audience when one man asked him what he felt needed to be done about school shootings.

Jennings, who has never been afraid of voicing his opinion, gave his straightforward answer.

“It’s not the guns, because those kids are not supposed to have those guns to start with. That’s against the law. You make all the laws you want to, forever. Anybody that’s gonna shoot somebody, don’t worry about the laws. I tell ya who’s to blame. It’s, you know, when you can get your picture on the front page of Time Magazine, and when the television shows your face and tells them what your name is, England stopped that one time, England did not do that. I don’t know if they still don’t do that or not, but if you don’t give them that 15 minutes of glory, and that’s exactly what they’re looking for, there’d be a lot less of it.”

Although a controversial topic, Jennings liked the question. “I appreciate you asking me that. I been wanting to say that to somebody that for a long time,” he said.

What do you think about Waylon’s response? Watch it below.