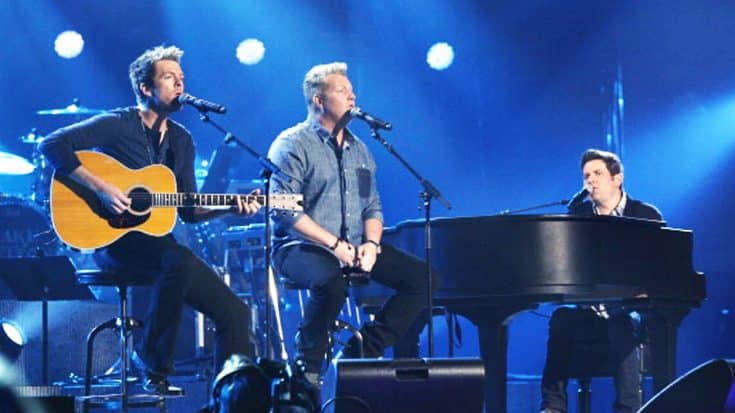 Back in the late 90’s, Gary LeVox and Jay DeMarcus were trying to play as many venues as they could just to pay the bills…

The two cousins had big dreams, so they started where they could, doing what they could. In this 1997 TBN special, one of their odd jobs was singing backup for the famous Michael English.

LeVox, donning a sparkly earring, takes the stage front-and-center at the request of English while DeMarcus played the bass guitar during this performance of “Love Won’t Leave You Out In The Rain”.

Since these early years, the Rascal Flatts members have sold over 20 million albums worldwide, notched 15 No. 1 hits, and still pump out chart-toppers like “Rewind”.

Watch this flashback to their early days in the video below!