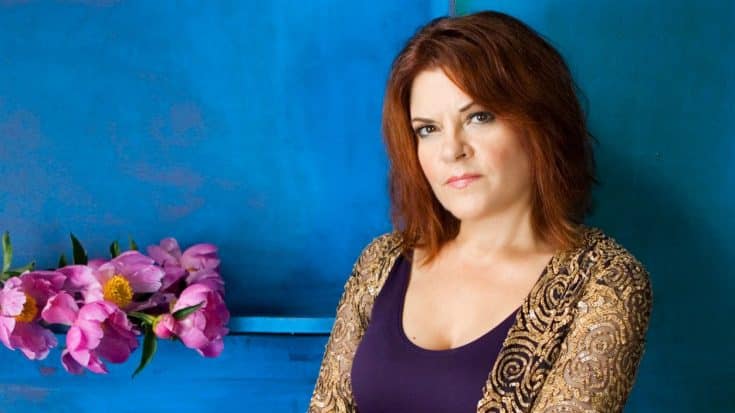 After the senseless shooting that took nine lives and wounded several others at Umpqua Community College in Roseburg, Oregon on October 1, the nation mourned the loss of these innocent lives. Many people spoke out again the horrific act in different ways, including a call for stricter gun laws.

Rosanne Cash, daughter of the country singing legend, Johnny Cash, did just that. She took to her official Facebook page to post a petition to reinstate the 1994 federal ban on assault weapons. Cash’s daughter, Chelsea Crowell created the petition. They need 100,000 signatures for it to be reviewed, and at the time this article was written, there are 2,700 since it was published three days ago.

“If you are as sick of gun violence in this country as I am, then let’s stop talking about it and just do ONE simple thing. Today.

Fans of Cash didn’t hold back their opinions. While there were fans that agreed with her, many of them didn’t and expressed their dislike of her stance. Some people went as far as saying that they were no longer fans of hers.

After the backlash that came from the posting of the petition, she posted once more:

“Dear Followers and Likers– if you can’t maintain basic courtesy on my page, please allow me to show you the door. This is my page and I do have a right to my beliefs and convictions, as all of you do. I was raised to have the courage to stand behind those convictions and it’s too late in life for me to sacrifice my integrity by keeping the most passionate of them secret. Those who tell me to ‘stay out of politics and stick to music’, or, in other words ‘keep your mouth shut’ are perhaps so obsessed with the Second Amendment that they haven’t noticed the First.”

Cash, who is part of PAX, an organization whose purpose is to prevent gun violence among children, talks about people’s “bewildering attachment to military-grade weapons” and expresses the need for mandatory background checks.

Cash opens up about when her daughter, Chelsea, had been held up a gun point at a jewelry store she worked at, so this argument is obviously very personal to Cash.

“The logic that ‘if more law-abiding citizens had guns, there would be fewer mass shootings’ is confounding to the point of nihilism,” she says after saying that if Chelsea had had a gun on her, she probably wouldn’t have survived due to lack of training.

“The language ‘well-regulated militia’ doesn’t equal ‘mentally ill person with stockpile of automatic weapons’ in my interpretation, but if you believe the amendment extends to that, then I believe Congress needs to amend the amendment, as it has done before in other cases.”

You can read the essay in its entirety here:

Dear Followers and Likers– if you can’t maintain basic courtesy on my page, please allow me to show you the door. This…

What do y’all think?

Our thoughts and prayers are with all those who have been affected by the violent act that took place in Oregon.