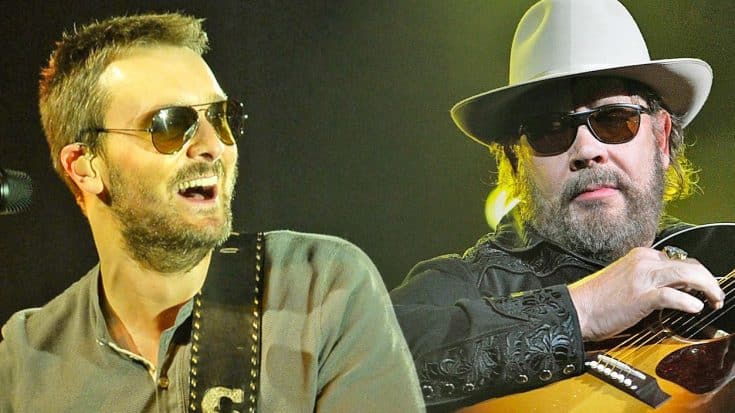 Every year we get to watch the kickoff of the biggest night in country music, The CMA Awards! A country star-studded event that never fails to produce great music, honors, and all-star duets. There is always room for surprises, and we can’t wait to see what’s in store for the 49th Annual CMA Awards.

Once again, we’ll see everyone’s favorite hosts, Carrie Underwood and Brad Paisley who always bring a smile to the crowd. The duo has been planning a much-anticipated 15-minute opening monologue that is sure to be a hit. Underwood and Paisley have an undeniable chemistry that makes them fun to watch regardless of what they say!

One of the night’s top nominees, Eric Church will be kicking off the show alongside the legendary Hank Williams Jr. for the premier of Williams’ newest song!

The song, which was written and recorded by Neil Young and later recorded by Waylon Jennings, “is the perfect narrative for the night,” said CMA Awards Executive Producer Robert Deaton according to CMA World, “It sets up musically everything that is going to happen for the rest of the show.”

This isn’t the first time Church and Williams have shared the same stage. Below is a performance of the two, accompanied by friends for “Family Tradition” back in 2010.

The 49th Annual CMA Awards will be held live from Nashville on Wednesday, November 4, 2015. Don’t miss it!