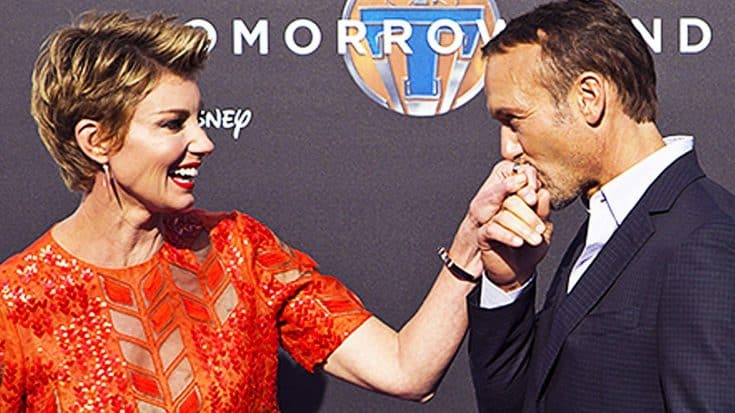 Married on October 6, 1996, the two country music superstars have kept their love alive when so many other couples can’t seem to make it work. They have an admiration for one another as artists, often collaborating to create hit duets like “Let’s Make Love” and “It’s Your Love.”

But as McGraw revealed in an emotional interview for Oprah’s Master Class in 2014, he admires Hill the most for being a good mother to their three daughters, Gracie, Audrey, and Maggie:

McGraw speaks through tears as he describes how wonderful he thinks Hill is as both a singer and a mother. It’s clear that even after so much tim together, he’s still deeply in love with his wife.

But McGraw is not the only one who has shown emotion when it comes to the love he and Hill share. During a performance of their hit duet “I Need You” at the Gillette Stadium, Hill gets choked up as she looks at McGraw and sings.

Hill gets so emotional that she actually has to stop singing, but McGraw doesn’t mind. Instead, he just stands there and smiles at her, a look of total adoration on his face.

In a world where so many celebrity marriages seem to end before they even begin, it’s a breath of fresh air to see two people as devoted to one another as McGraw and Hill. Here’s to many more years of wedded bliss!

Watch an intimate, live performance of one of McGraw and Hill’s most romantic duets, “I Need You,” in the video below.