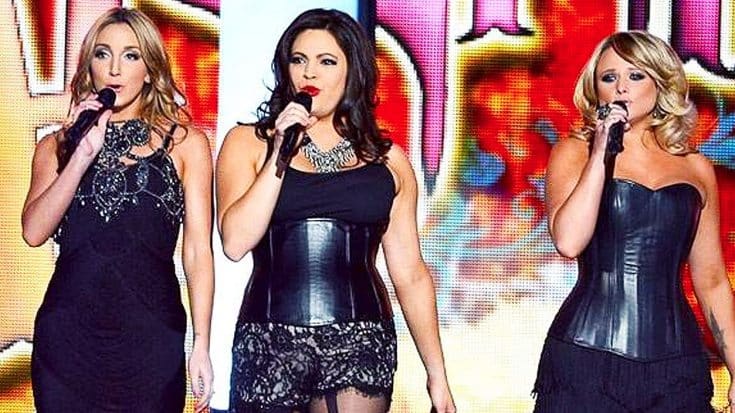 We’ve waited so long to see the Pistol Annies back in action, and our wish has finally been granted.

The Pistol Annies, which consist of Miranda Lambert, Ashley Monroe, and Angaleena Presley, are known for hits such as “Hell on Hells” and “Hush Hush.” But the group had to go on a temporary hiatus in 2013 so each of the members could pursue their solo careers.

Fans had started to wonder when the Pistol Annies would reunite again, if at all. But Presley tried to reassure fans that Pistol Annies would not be gone forever, saying in an interview with Fox News, “we just had to take a little break but never say never.”

Much to the relief of Pistol Annies fans, the group reunited on at one of Lambert’s concerts in Augusta, Georgia on October 2.

The group performed their hit single “Hell On Hells,” and according to a post on Lambert’s Instagram, the crowd was absolutely thrilled with their performance.

As Lambert revealed in her Instagram post, the trio also met for another performance the following night during her concert in Fayetteville, North Carolina.

"Hell on Heels"…. The Pistol Annie's raised a ruckus last night in Augusta GA when we surprised the crowd! I hope yall are ready Fayetteville NC! The GIRLS are back in town! #roadsidebarsandpinkguitars #batshitcrazytour

Following are some of the fans’ reactions to the Pistol Annies’ reunion, including a short video from their performance of “Hell On Hells”.

Sugar and sass and a whole lotta kick ass! That’s what country girls are made of! @mirandalambert @PistolAnnies pic.twitter.com/UrfgQLlTCx

This is the part of the show i lost my mind….”hell on heels” @PistolAnnies pic.twitter.com/K95ji1uG8l

We don’t know about you, but we sure are excited to see the Pistol Annies singing together again!

While you wait for the Pistol Annies’ next reunion, enjoy watching the official music video for another one of their hits,”Hush Hush,” below.