Blake Shelton Acting Inappropriately On ‘The Voice’ Will Have You Saying ‘Oh My!’ 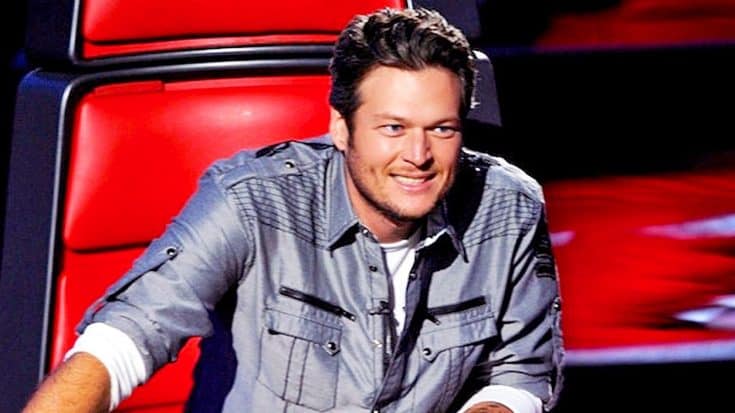 The teams are full and the Voice blind auditions are complete, but that doesn’t mean that we have to miss out on the coaches’ hilarious antics.

Following the end of the blind auditions, the Voice posted an outtakes reel to its YouTube channel showing the coaches goofing around and teasing one another.

In one portion of the clip, coaches Blake Shelton and Gwen Stefani bicker back and forth about a contestant that ended up choosing Shelton as his coach.

“Honestly he was looking in my eyes at the end like he was going to pick me,” Stefani says, still hurt that the contestant chose Shelton instead of her.

“No he wasn’t,” Shelton says, dismissing her, “your shirt is see through.”

But Stefani isn’t the only coach that Shelton squabbles with in the clip. Considering the love-hate relationship between Shelton and Adam Levine, it should come as no surprise that the two coaches argue back and forth after Levine doesn’t get a contestant to join his team.

“Why are you so mad at me?” Shelton asks Levine.

“I’m mad at you always, constant,” Levine says, talking over Shelton. “I’m always angry at you, I’m never not angry at you. I’m in a perpetual state of anger.”

Shelton just grins and says, “All I did was let you talk and bury yourself like you always do.”

Stefani is quite amused by Shelton and Levine’s little argument, “I’m gonna get the smile headache,” she says.

After you watch this hilarious video of Voice outtakes and Shelton misbehaving, you may get a “smile headache” as well!