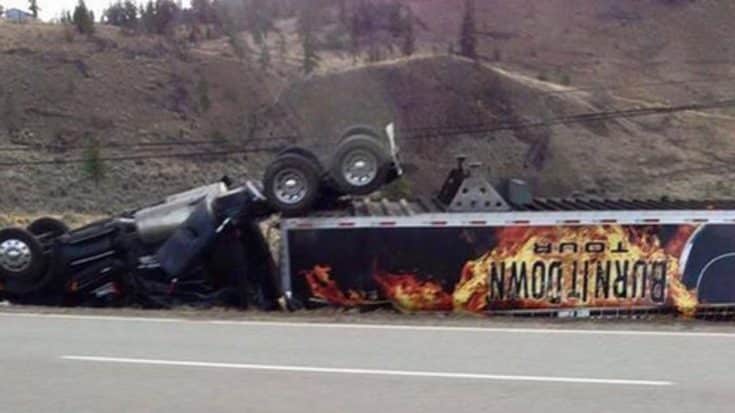 First and foremost, everyone is okay. The driver sustained minor injuries.

Jason Aldean and his band had finished a performance in Kamloops on Monday and were heading to Prince George, B.C. for a Tuesday night show this morning, when the driver of semi truck that carried Jason Aldean’s tour equipment lost control in Canada. Castanet.net reported that when the vehicle went off the road, it hit a rock, and caused the semi truck to flip over.

According to The Boot, Aldean’s representatives stated that the concert has been postponed and moved to Wednesday night.

Due to circumstances beyond our control, the Jason Aldean Burn It Down Tour show scheduled for tonight (10/6) has been moved to tomorrow, Wednesday, October 7th. More details here:

Needless to say, we’re glad everyone is okay.