Luke Bryan Singing Wedding Song To A Couple Will Have Y’all saying, ‘Awwww’ 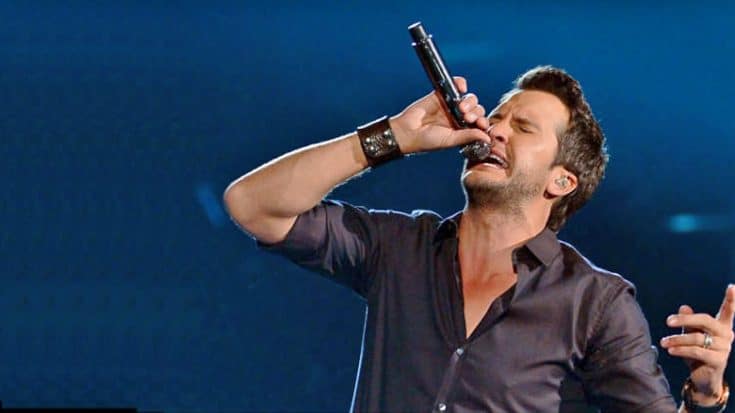 What does it take to catch Luke Bryan’s eye in a concert house? Apparently a well-timed wedding invite will do the trick!

During a performance for his Dirt Road Diaries Tour, a brave concert-goer tossed a wedding invitation up on stage for Luke to see. Joining in the fun, he grabbed it and decided to sing a few wedding songs to the couple!

Starting with “A Whole New World”, you can really hear his incredible voice come through! The entire crowd roars in laughter when he starts belting it out. Surprisingly, he misses a line in his short Disney song.

A crowd member shouts out “Shania Twain” as a suggestion for another wedding song. Luke responds

Immediately following, he belts out her hit single “From This Moment On” and sends the crowd into fits of laughter all over again.

Check out Luke’s cute and charming personality in the video below!