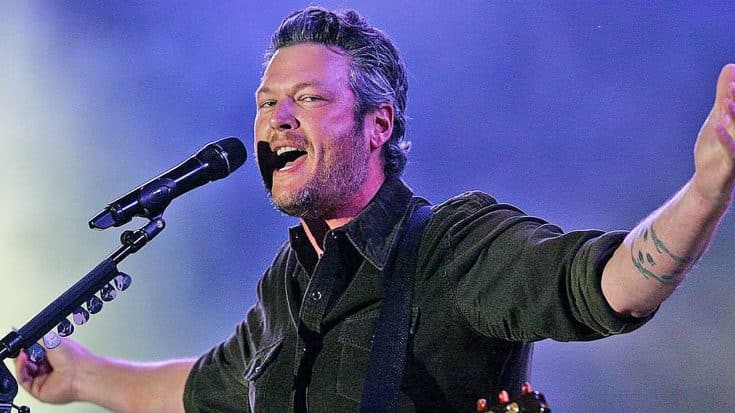 Blake Shelton has had to dismiss a lot of rumors recently.

Ever since it was revealed that Shelton and his wife/fellow country superstar Miranda Lambert were getting divorced, Shelton has found himself the subject of many tabloid headlines.

It seems that the media leaves no stone unturned, spreading rumors about everything from Shelton’s dating life to whether or not he’s drinking too much.

Some of the earliest tabloid rumors to come out after the divorce revolved around who Shelton is seeing now that he is a single man. Some of the most notable names that were mentioned included pop singer Rihanna and Shelton’s fellow Voice coach, Gwen Stefani.

It didn’t take long for Shelton to dismiss these rumors, but he still maintained his sense of humor when he did. He chose to take to his Twitter, posting a series of hilarious tweets revealing what he thought about his rumored dating life:

Getting ready this morning to go put in my deer plots and looked at Twitter… Damn my dating life is awesome!! Let me know what happens…

I dont normally freak out over vehicles but….. @Nissan this THE most badass truck I’ve ever had!!! It’s a frontier! pic.twitter.com/NRs1mGRCs8

Now THAT might actually get me a date!!!!!! Bitch…

But Shelton’s dating life isn’t the only thing that has been subject to tabloid scrutiny.

There have also been some tabloid rumors going around that Shelton is entering rehab, a rumor which he quickly dismissed in a recent interview for CMT’s Top 20.

“I’m good. I’m not in rehab. I have to pick up a magazine every now and then to find out about my alter ego, I guess.“

Shelton further denies the tabloid rumors by explaining that he’s actually doing well, despite everything that has happened to him. “I’m in a good place. I wasn’t, but I am now.“

For Shelton’s sake, hopefully the media will believe him so he doesn’t have to keep defending himself to the press.